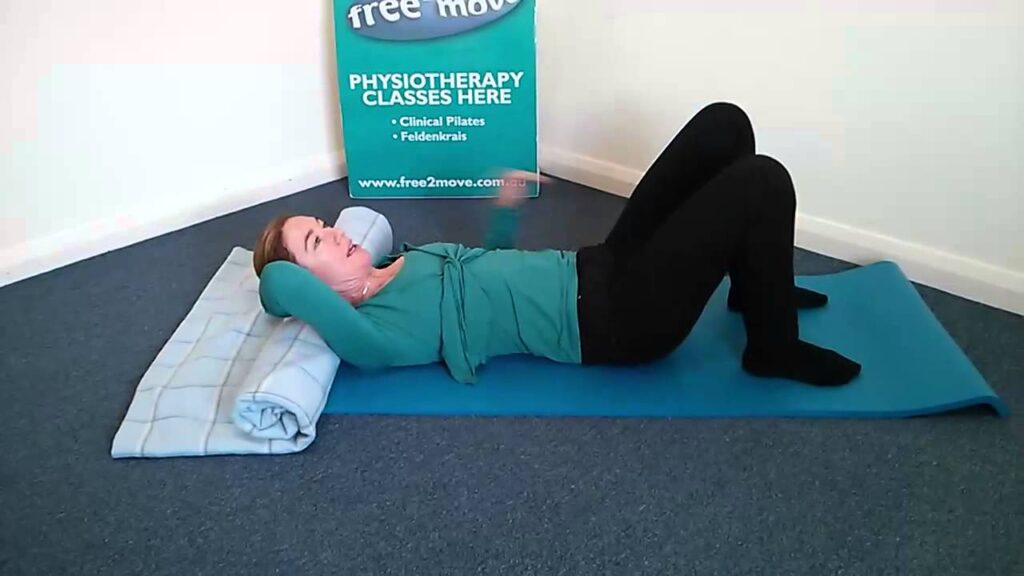 What is Feldenkrais good for?

The two main guiding principles are: clear skeletal support and equal and opposite force. The force travels through the skeleton, and free breathing is key. This article covers these benefits of Feldenkrais. The benefits of this technique are endless and you should find out more about it today. If you’ve been wondering what Feldenkrais is, read on.

There are many reasons why Feldenkrais is good for movement. It calms the nervous system, helps create new connections in the brain, and helps people regain control over their movements. While it won’t cure a neurological condition, it can improve the clarity of your brain’s body map, giving you greater control over your body’s movements. And it’s good for athletes and performers too! Let’s explore the benefits of Feldenkrais and see if it can help you too!

During classes, a Feldenkrais practitioner verbally guides the class through a sequence of movements, helping students improve in each one. The exercises focus on developing the quality of the movements, allowing students to become aware of their habits and make changes to their bodies. This increases their awareness and improves their ability to respond to subtle feedback. This is the foundation for any improvement. In performing arts, this ability to respond is critical.

There are two main types of Feldenkrais classes. Verbally-led lessons are called Awareness Through Movement (ATM). They are designed for groups of people. A Feldenkrais class can reduce pain and tension. It can also enhance the quality of life of those participating in physical practices. It unlocks a quieter state of mind and improves movement. So, if you’re wondering why Feldenkrais is good for movement, read on!

The Feldenkrais Method is a somatic educational system that uses movement to promote self-awareness and improve function. The method was created by Dr. Moshe Feldenkrais, who had a number of diverse fields of study and published extensively on the subject. The following excerpts serve as an introduction to the method. IFF has developed Standards of Practice, which help instructors and students work toward a common goal: to help students develop self-awareness through movement.

The practice of the Feldenkrais Method involves a series of movements called Awareness Through Movement. Each movement lesson builds upon the previous one. Students gradually move from simple to complex movements. The goal is to improve self-awareness while improving motor function and developing skills. A Feldenkrais teacher guides students through these lessons with gentle, non-invasive touch. This improves self-awareness and enhances self-expression.

One client attended Feldenkrais lessons after he noticed that he was curved in the upper torso. She wanted to stand straight for her daughter’s wedding. Previously, she had slouched forward, which she couldn’t do for her daughter. She also struggled with walking upright and ran a business. Her office clerk noted that she smiled more after her sessions. Her self-awareness improved as she became more upright.

In addition to providing relief from physical pain, the Feldenkrais Method also improves awareness and functionality. People with a history of chronic pain can benefit from the techniques. Chronic pain is the result of complex brain activity. Many sufferers are told that the pain is in their heads, but Feldenkrais aims to erase neurological pain pathways and restore normal movement patterns. By practicing these movements, patients learn to become more aware of their bodies and their movements.

The Feldenkrais Method was developed by Moshe Feldenkrais, a mechanical engineer and physicist. Feldenkrais sought to help patients with chronic pain, while minimizing the use of prescription medication. He synthesised knowledge of biomechanics, human development, and athletics to create this method, which focuses on movement patterns. The result was a technique that allowed patients to walk without pain, increase their range of motion, and enjoy greater ease of movement.

The Feldenkrais method is a mind-body therapy that focuses on awareness through movement lessons. The aim of the sessions is to enhance self-awareness, increase range of motion, and improve functioning. Rehabilitation is known to increase interoceptive awareness, which is a fundamental factor in pain perception. Research has found that the Feldenkrais method is comparable to Back School in its effectiveness in alleviating chronic pain.

A person who is looking for stress relief may benefit from a class or an individual session. The benefits of Feldenkrais can range from deeper breathing and sleeping to feeling relaxed and alert. The practitioner can also help you feel more comfortable in your body and develop strategies to cope with stressful situations. In addition to being able to relax and breathe more deeply, Feldenkrais also helps you to lower your blood pressure and heart rate.

The study of 147 female teachers found that bodywork for anxiety reduced their levels of anxiety. Other research has shown that bodywork improves depression, anxiety, and self-esteem in people with multiple sclerosis. The researchers concluded that Feldenkrais is an excellent option for stress relief. But it is not for everyone. Not all people are ready for a bodywork class. In fact, some people may benefit from a few sessions as a way to manage stress.

Lessons in Feldenkrais are relatively inexpensive, ranging from $15 to $25 per lesson to a couple of hundred dollars per session. There are more than 150 Feldenkrais practitioners and teachers in the United States and abroad. The lessons are gentle and slow, and they are adaptable to each individual’s specific ailment. They are also good for stress relief because they counter the effects of stress.

During the first few weeks of treatment, your Feldenkrais practitioner will suggest specific movement sequences that mimic common movements in sitting, standing, and lying positions. Over time, the new movement patterns will become automatic, enabling you to walk with confidence and power. In addition to reducing pain and improving gait, Feldenkrais is effective for many other health problems, including postural instability.

The method is often taught by observing your gait to determine whether there are any structural or functional problems. The Feldenkrais practitioner will then interpret visual images to determine how to modify those movement patterns. This will increase the chances that you will experience a significant change in your gait after your treatment. The results of this study were promising, and Feldenkrais is an excellent choice for gait disturbance.

The Feldenkrais Method was first used in the 1950s to treat gait disturbance. In addition to improving gait, it improved coordination, reduced muscle tension, and increased energy levels. As a result, patients felt less strain on their everyday movements. Moreover, they reported feeling better about themselves after the treatment. In addition to helping with gait, Feldenkrais is effective for improving depression. These benefits are well documented in clinical trials, and it is worth considering as a complementary treatment to your Parkinson’s treatment.

One question is whether Feldenkrais is good for muscle spasting. The answer is a resounding yes. The methods used by Feldenkrais practitioners work to induce the parasympathetic nervous system response. This response works below the level of threat, so that the body feels relaxed. A Feldenkrais practitioner uses small, gentle movements to direct the client’s attention to efficient movements and to avoid stimulus that might set off the sympathetic response. This way, the nervous system is shown that the movement is safe.

The exercises can be adapted to suit the individual. The movements may be small at first, but they increase over time as the student gains awareness and confidence in their own bodies. The exercises are slow and gentle and counteract the stress of an injury. In addition to relieving muscle spasm, they can also relieve muscle spasm and help alleviate other symptoms. While Feldenkrais is not the answer for every person suffering from muscle spasm, it can provide a way to get back in shape without having surgery.

The Feldenkrais Method is a gentle movement-based therapy that can help individuals improve their ability to relax and enjoy life. Developed by Moshe Feldenkrais to recover from a knee injury, the method helps participants develop a deeper understanding of their bodies and their movements. This awareness improves posture, balance, and flexibility. It’s also helpful for athletes and individuals who have trouble with motor skills.

If you have been wondering if Feldenkrais is good for muscle spasticity, then you’ve come to the right place. Feldenkrais is a movement technique where you use small rollers under the head, shoulders, and knees. This will reduce the tension of the muscles and allow them to contract more naturally. While you may think it’s a bit strange to stretch your muscles, Feldenkrais has been known to reduce muscle spasms.

Because Feldenkrais teaches you how to be more aware of your body, you will notice a reduction in muscle tension. You may also experience an immediate sense of calm as you practice the techniques. It’s a powerful emotional experience, and you should allow yourself at least two hours to recover after a Feldenkrais lesson. Afterward, it’s important to avoid strenuous activities.

In a Feldenkrais session, your practitioner will use simple movements to trigger the parasympathetic response, which works below your body’s threat level. These small movements will allow you to focus your attention on movements that are comfortable or easy to do. Essentially, you’ll learn how to move more efficiently without triggering the sympathetic response, which will result in better posture and relaxation.

What is Feldenkrais yoga?